Every middle aged man is required to be self-confident, bullish and able to deal with a variety of situations in a phlegmatic and self-assured manner. Few circumstances are permitted to penetrate that veneer of worldly wisdom and boundless self-assurance. 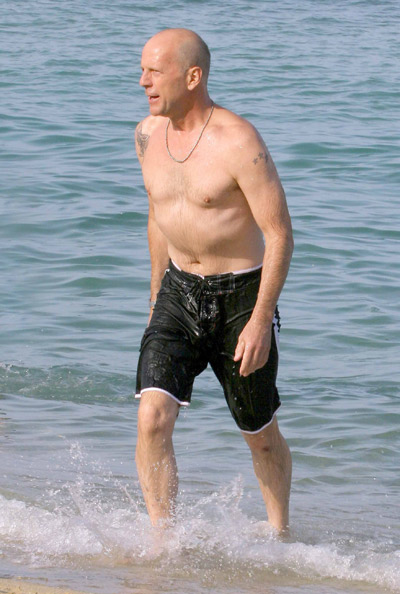 Even the great Bruce sucks his tummy in. There’s hope for us all

With the exception, of course, of public nudity and male flesh against male flesh in a non-sexual situation. The first instinct of any man when his shirt is removed in public is to suck in his stomach and broaden his shoulders. This façade cannot last, and soon the standard ‘pillow filled with semolina’ pose returns the frame to something liable to make small children turn their faces to their mothers’ skirts, and to elicit sneers from those under the age of 25. Those of us whose flesh eschews melatonin and laughs in the face of bronzing have the further ridicule of causing passers-by to don their sunglasses and make references to farm-cruelty veal.

I was lucky enough to be able to bring hamams up in conversation with my studio owner, her colleague and his wife. They recommended the Kılıç Ali Paşa Hamamı, based near the waterfront in Tophane (and for the keen-eyed, those ‘ı’s without their tittles are correct – ‘ı’ and ‘i’ are different letters. And yes, I did enjoy using the word ‘tittle’).

The architect. Possibly the inspiration for Mr Whippy

Kılıç Ali Paşa mosque was built in the late 16th century by legendary architect Mimar Sinan (both tittles correct) when he was in his 90s and doubtless wanting to make an impact, and the hamam was attached to it. Legend has it that Spanish writer Miguel de Cervantes (Don Quixote’s author) was a forced labourer at the construction. The hamamı. Not too much of the architect’s time was spent on the outside

I wasn’t sure whether I was relieved or not to learn that there was to be no mixed bathing. It was probably good news for my slump muscles, but did limit the depth of my, err… research. In this particular hamam, women are bathed until 4pm, then men from 4.30pm onwards. In spite of the term ‘bathing’, there are no pools, and no standing water at all, as this is traditionally believed to be unclean. There is steam, and there is running water. And a lot of space.

I had made a reservation for 5pm, and arrived – as instructed – 15 minutes early. I was asked to fill out a form – name, email address, details of health, shoe size – and then led to a cubicle to get changed. Apart from asking if I’d been before, there was no choice of activities, or price list, or any suggestion that you were present for one thing, and one thing only. 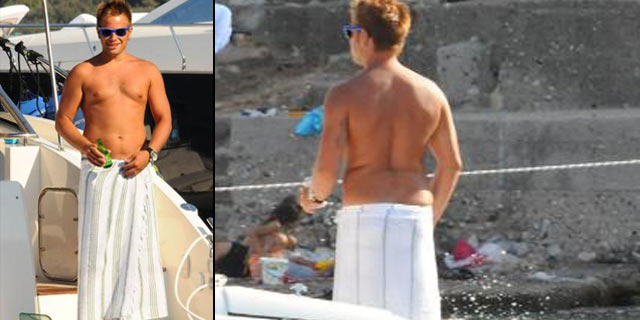 I undressed, put my clothing in the locker, wrapped myself in my peştemal (large tea cloth, worn like a bath towel), sucked in my stomach, picked the peştemal up from the floor, and sauntered down stairs as casually as it is possible to do in flip flops. I thought about girding my loins, but decided that girders were the last thing I should be considering. How I must have looked to the waiting crowds

All those hours in the gym, all those press-ups on the bedroom floor… how I wished I’d done them…